In an attempt to learn more about what is an acceptable level of accuracy from our ARs, we recently sat down with Ian Tashima, who is a well-regarded expert on the topic. In part one of a two-part discussion, we talk about accuracy versus precision, optic selection, and realistic expectations for our rifles.

As for a small bit of background on Ian via the Lethality Ranch website:

Q: Ian, thanks for your time. Can we start with how your interest in training and marksmanship began?

Ian Tashima – My history with shooting in a professional capacity started back in 1989 when I joined the Marine Corps. I was not combat arms; rather I was an intelligence guy on the air side of the house. Fast forward several years, and I was out, but then I re-enlisted with the Army National Guard and I deployed. I realized I was woefully unprepared and ill-trained to do the job they asked me to do. Seeing this, I decided to dive into training. I knew that I would keep deploying, so it made sense to seek out training whenever I could.

A cycle developed where I would deploy and then attack training. During this process, one of the folks I deployed with became in charge of the California National Guard Pre-Mobilization training site at Camp Roberts. That’s where I started integrating more properly into Army training, Army training doctrine, and the way the Army does things.

I quickly learned that the Marine Corps was not the cutting edge of all things “Marksmanship.” I also was able to learn a lot myself by merely instructing. This was around 2009. Over time, I started meeting people more broadly in the Army in key places to influence. Mind-melding with these folks and sharing knowledge has gotten me to where I am now.

I am talking to you today only as “Ian Tashima,” and not in my professional military capacity. I also have a training company on the side that I have neglected for some time now. Long story short, this is where I’ve gotten my knowledge: from failure, recognizing the failure, then fixing it on my own, realizing that the organization would not take care of me the way I would take care of me.

Q: Not to ask too basic of a question, but “what is accuracy?” Expanding on that, what is realistic accuracy for most people out there who have perhaps purchased their first AR and don’t know what to expect?

Ian Tashima – That is an excellent question. There is “accuracy,” and then there is “precision.” These two terms are commonly used interchangeably, but they mean subtly different things.

“Precision” is the ability of the system to repeatedly perform to put bullets in a tight spot. High precision would mean you have rounds stacking on top of each other to create one hole. Loose precision would have them be scattershot.

Now, that’s irrelevant regarding where you are aiming and want the bullets to go. That is called “accuracy.” So, you can have loose “precision.” Still, as long as they’re in some range of acceptability on top of what you’re aiming at, that’s “accuracy”…high accuracy, low precision. Alternatively, “high precision and low accuracy” would mean the bullets were tightly grouped somewhere on your target, but not where you wanted them to be.

Accuracy comes down to the individual, what they bring to it, and how they adjust their scope or sighting system. Precision certainly involves human input, but a lot of it it has to do with equipment and the hardware capacity of the system.

If you take a look at your often maligned Mil-spec weapon, the goal for precision is to have groups no larger than 4 MOA. So, at 100 meters, that’s about four inches. MOA being an imperial measure, meters being metric, you’ll hear me say “about” or “-ish” when comparing apples to oranges.

So, it will be about a 4″ group at 100, and it’s a linear relationship, so for every 100 yards, it’s about 4”.  If ranging in meters, you’d have to convert into yards and calculate from there. That’s your precision goal so that you can squeeze out the max effective point target range of that system out to 500 meters. You can be looser in your precision, but you have to understand that necessarily downgrades your max effective range with that system.

In terms of accuracy, broadly speaking, tactics drive the shooting. Your mission drives your gear, and your environment significantly impacts them both. On the military side, I need Soldiers, Marines, Airmen, and Sailors to be able to hit a target within the expected operational environment that we are going to.

If I am doing room clearing, I need to be able to have them be able to hit the head of someone inside of a room or hallway, typically. On the other hand, if we are in the open expanse of Afghanistan, my needs are drastically different. I need their accuracy and precision to be on a human size target out to expected engagement distances.

So, it comes down to the environment you are going to and the tactics you are bringing to it that drive the shooting. As such, I cannot give a blanket statement on what the metric should be. However, if you are squeezing out a 4 MOA group on a Mil-spec gun with standard ball ammo, you can squeeze out groups that are about an inch at 25 regularly.

It’s also worth noting that frequently, the system will outperform the person driving it. Until the individual can consistently produce 4 MOA groups or smaller, they should not be spending too much more money on other items, or other kinds of training.

Q: Can you talk about how different optics impact accuracy, or is that something that is misunderstood?

Ian Tashima – Regarding accuracy, when it comes to different sighting systems, I would stress to you and your readers that they don’t enable you to “shoot” better. They allow you to “see” better. There is a publicly accessible study you can Google called “Effects of Sight Type, Zero Methodology, and Target Distance on Shooting Performance Measures While Controlling for Ammunition Velocity and Individual Experience.” 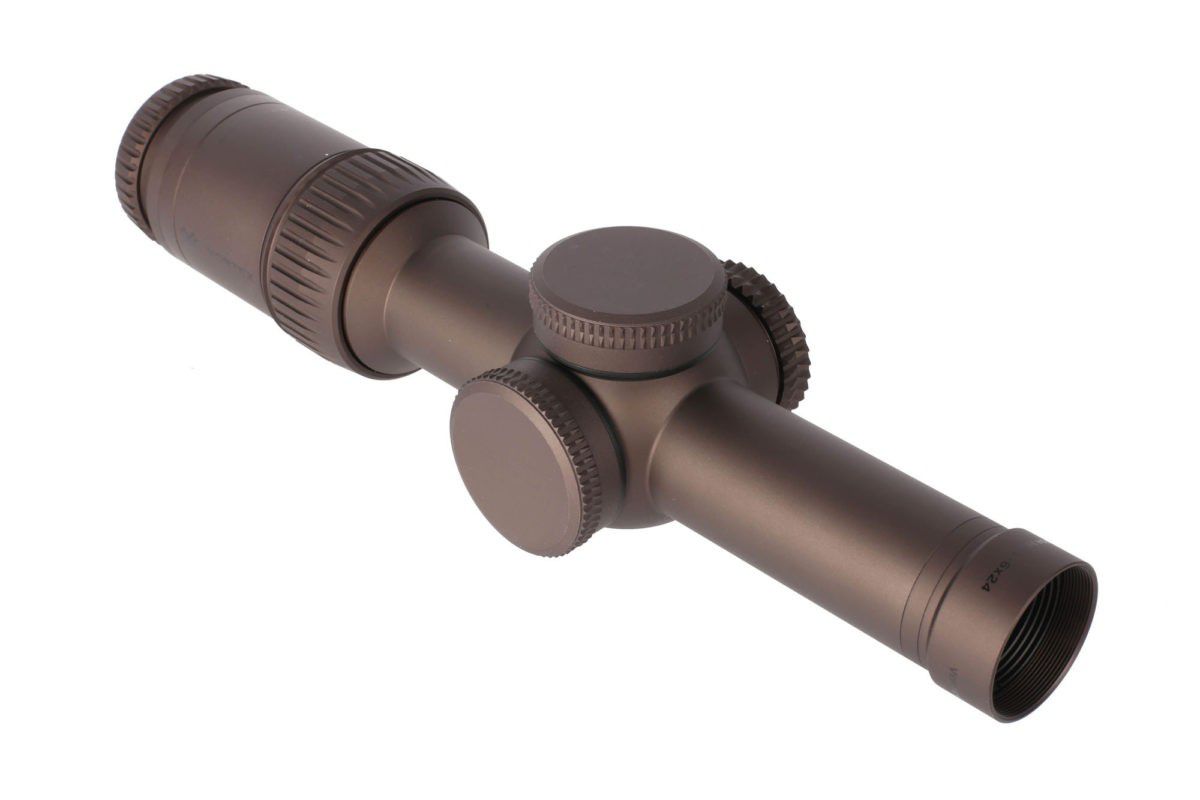 $1,399.99
at AR15Discounts.com
Prices accurate at time of writing
View Details

The takeaway for me is that sight type greatly influences your ability to see the target and make those accurate hits. That said, it does not replace your skillset. The optics do not do anything but allow you to see better. The bottom line is that depending on what optic you have on the weapon, it can alter your ability to engage a target at a distance. Knowing this can help you manage your expectations on what you can squeeze out of your hardware.

Of course, you will have people who say that people used to regularly make 1,000-yard shots with open sights back in the day. They are correct. An individual who is an outlier can undoubtedly do that, but translating that organizationally across a broader force becomes more and more difficult…quantity versus quality. Time spent doing this one task that someone has a passion for, versus having a host of other things that person needs to focus on. It’s a balancing act of tactics, what your operational environment is, the hardware you bring, and of course, the resources and time available to develop. It’s certainly not an easy answer, so I apologize.

Q: Would you say there is a danger in leaning too heavily on optics, being overconfident as a result, and not understand basic shooting fundamentals?

Ian Tashima – That’s an excellent question, and I appreciate it being asked. Some people can depend too heavily on optics or sighting system to compensate for their marksmanship ability. They are trying to buy a skillset that is otherwise too hard, or takes too much time to develop. It’s important to not let a simple hardware purchase lead to overconfidence in your abilities as a shooter.

So, yes, it is important for your readers to know that they should not to over-rely on the optic they have chosen. Still, you also have to remember that having a magnified optic brings other capabilities other than shooting. For example, it provides the ability to discriminate against threats. Is it a friend or foe? Shoot or no shoot? I may want to know, “What are they actually doing over there? Is that a farmer digging a hole because he is planting a shrub, or is he planting an IED? ” So, sometimes the optics have nothing to do with the shooting aspect. It’s important to know that.

To answer your question, though, sometimes people try to buy performance when they are not even shooting to the max abilities of something like a simple red dot. It’s something that people should be aware of as they begin to look for ways to improve.

In part 2 of our interview with Ian, we’ll discuss practical advise on how to get the most of your AR, fundamentals we should strive to achieve, and common mistakes we should seek to avoid on our road to improving accuracy and precision with our rifles. 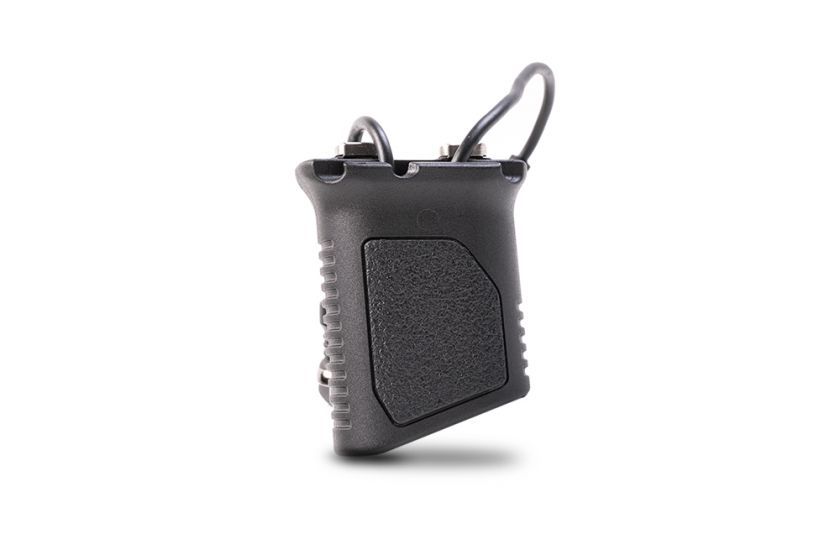 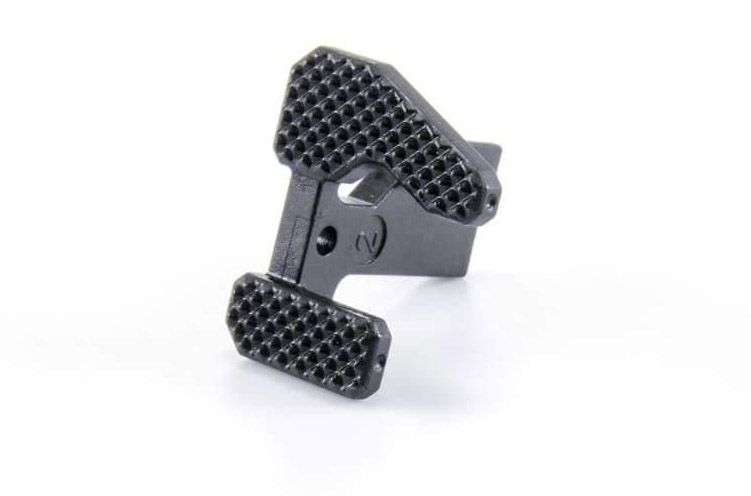 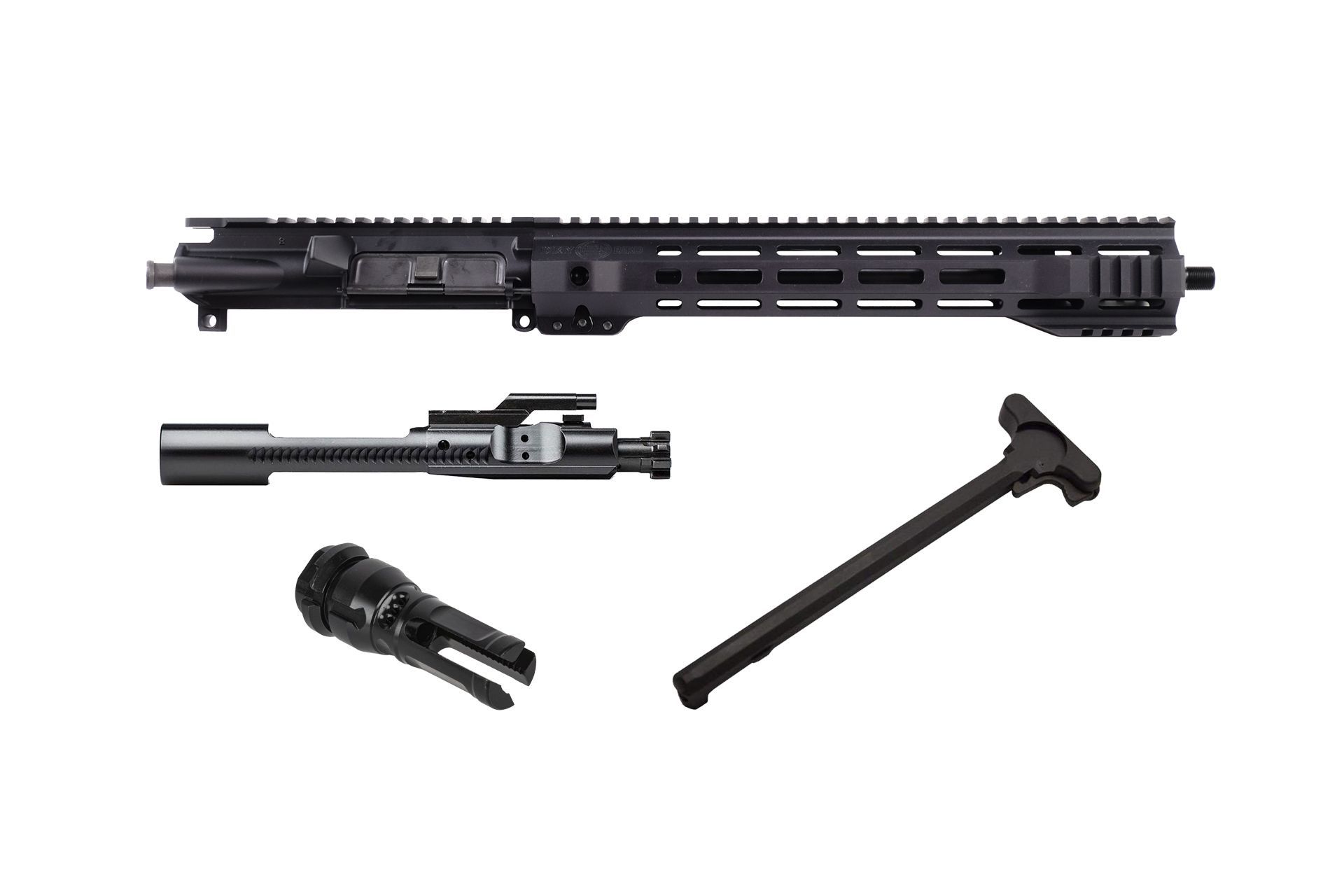 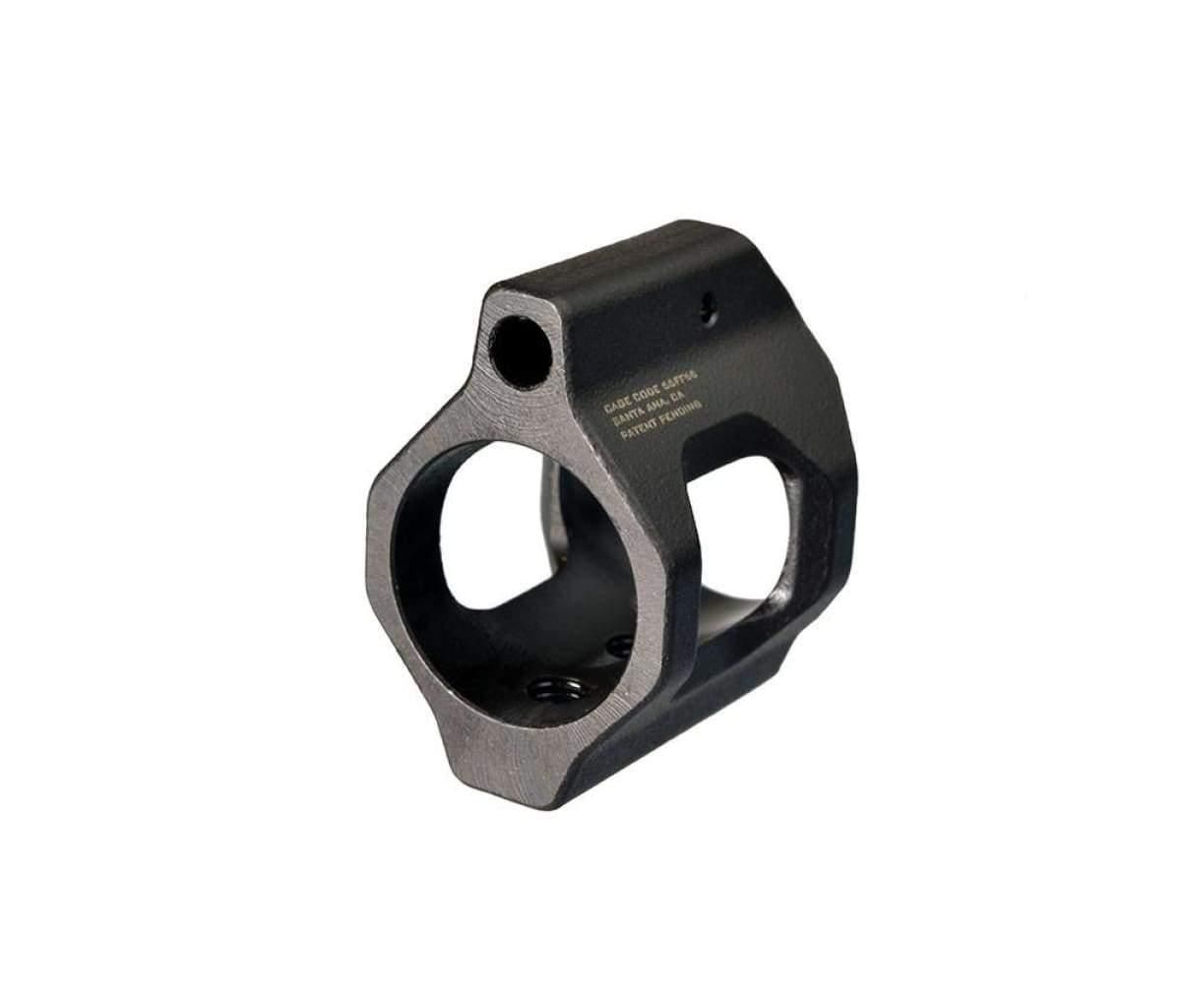