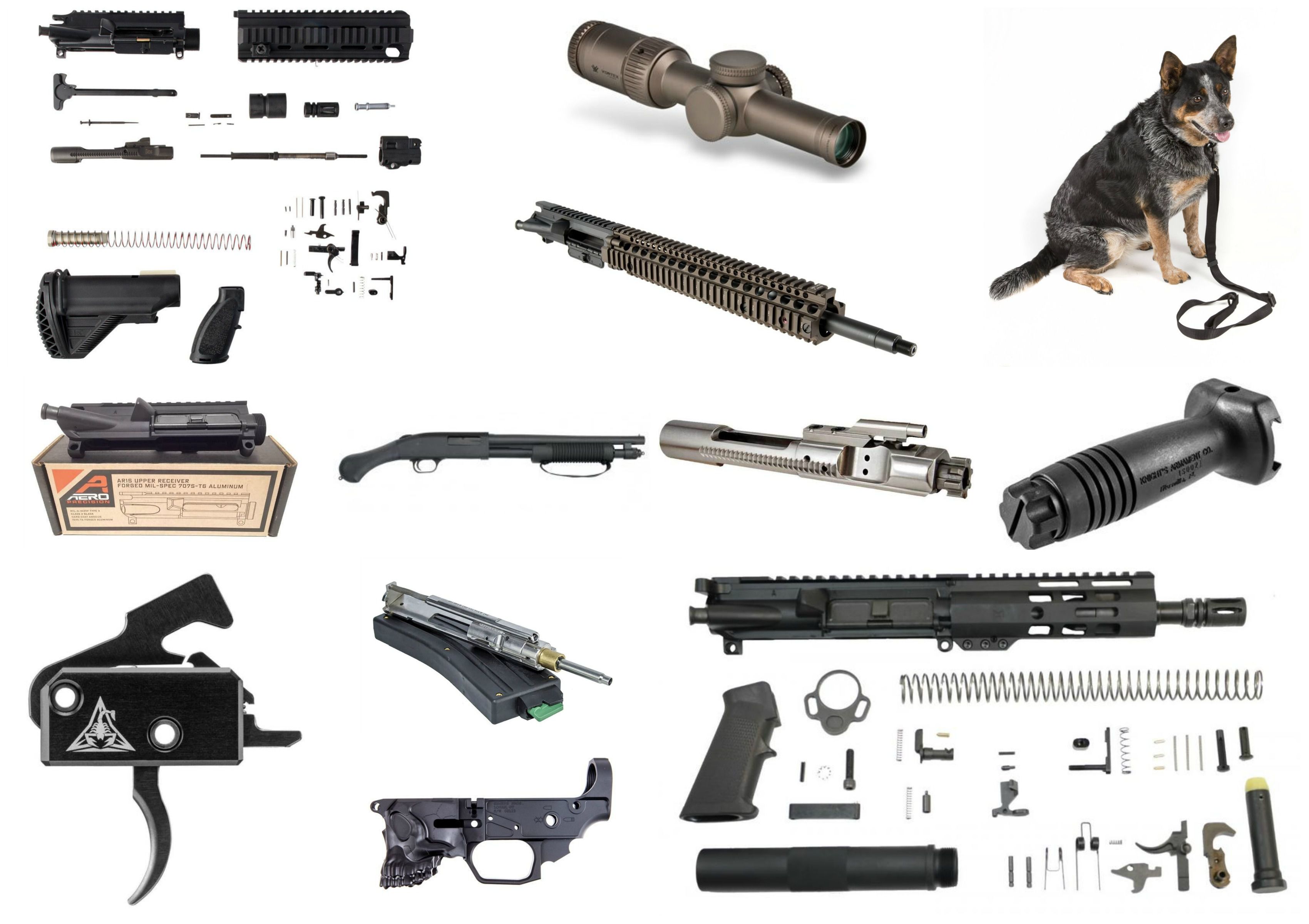 Black Friday AR-15 Deals…Black Friday is almost here, which, in case you didn’t know, is one of the best times of the year to pick up a wide variety of items related to the AR-15 platform.  Not to mention Cyber Monday.  This year, ARBuildJunkie.com will be keeping readers up to date on all varieties of Black Friday AR-15 deals, as they are announced.  Frankly, we’re lurking so you don’t have to.

With so many manufacturers putting out deals on a daily basis in the leadup, we invite you to bookmark this page and keep coming back so you can see the best Black Friday AR-15 deals as they happen.

This page was last updated on Friday, November 23rd at 11:04 AM Central.

One of our favorite triggers is going for $87.95 over on AR15Discounts.  They just dropped the first of three parts of their Black Friday offerings and I said “wow” quietly out loud more than once…which is what you want when Black Friday shopping for gun parts.

Their ad says too low to show…but we’ll go ahead and tell you it’s $58.99.  Yep…an Aero Precision assembled upper receiver going for less than 60 bucks.  Sign me up for two…

Daniel Defense is a name I have no hesitation in recommending to anyone.  This is a fairly decent Pre-Black Friday deal going on over at Brownells at the moment.  On sale for $674.99, marked down from $823.99.

We recently spoke to one of the most experienced and honest nighttime hunters alive about thermal and night vision that doesn’t suck.  He is not known for pulling punches.  He mentioned this device as something to consider should be the driving factor and you’re wanting to just get your feet wet…Give the article a read and give the Photon RT a look if you think Digital Night Vision is for you.

Kicking off our deals, we start with a great pre-Black Friday deal on one of the better general purpose optics out there for your AR-15, the Vortex Razor HD, Gen II.  Here at ARBuildJunkies we’ve interviewed several professional shooters who swear by this optic.

Decent red-dot…works well on a pistol or a small carbine. I usually prefer an Aimpoint T1 or T2 for red dots, but for $329 over at Palmetto State, down from the usual $500, this is well worth considering. It’s a top-tier, proven design from a very reputable company.

One of the better 1-4 scopes out there for an AR…period.  I prefer it over the Razor HD Gen bove, but to each their own.  Top of the line…this is another one where if you look at who we talk to, it gets mentioned over and over.

Good deal on a complete 16″ carbine from FN.

Just in time for Black Friday, EuroOptic is offering closeout pricing on a selection of Barrett REC7 rifles.

We’ve written at length about how if you’re going to build an AR-10, it might be wise to start with a builder’s set.  When I think of builder’s sets…the M5 is the one that first comes to mind.  Nice deal here for $399.99.  While you’re at it…the M5 Lower Parts kit is also going for $59.95 at the moment.

Looking for Black Friday AR-15 deals for the shooter who has everything?  Brownells has a unique opportunity for that hard-to-shop-for someone who is really into Heckler & Koch and/or modern military history.  For a limited time, they are selling H&K 416 build kits.  Not sure how long these will be around, but for now, this is a unique opportunity to piece together a modern classic.

Toss in a stripped lower and you’ve got yourself a great little range toy.  The guys in the bay next to you will love it…At $239.99, my guess is this kit is out of stock before Black Friday…as such, you might want to hop on this one quick.

This is my favorite style of stock…on sale for 59.99, down from the normal $95 over at Brownells.

I picked this pistol up for my wife…she carries it in a fanny pack.  It’s an awesome gun and my favorite pistol I’ve bought in the last 12 months.  I paid something close to $400.  This is a great price at $319.99 shipped and it comes with a small lockbox, should you have for such a thing.

The holidays are a time of year where I anticipate getting things as gifts I’d not normally buy.  Looking at Black Friday AR-15 deals, one non-AR item I thought was interesting was this discounted Shockwave.

Perhaps you can drop a hint or two and wake up with a Shockwave in the stocking?  Certainly better than a candy cane or whatever else you’d usually get.  Palmetto State Armory is letting them go very cheap.  For the price, it’s very cool for hanging on your wall as a decoration or in sitting in your lap at a truck stop.

Don’t forget your dog this Christmas.  “This sling works great when conducting Urban or Rural reconnaissance with your canine.”  For my dog, this means I have a firm and trustworthy grip when he’s doing suburban recon around the neighbor’s mailbox post.

This stuff is heavy, but the chances of me ever putting it on is low…but I do have a plate carrier filled with 2 AR500 plates in my closet, just in case I need it.  AR500 Armor has some good deals going on right now, but this seems to be ideal.  Half off…$110 dollars…down from $220.  Use the extra towards a decent plate carrier.

As far as conversions go, this is pretty much plug-.  Less than $200 gets you all the .22LR action you can handle.  This set comes with three 25-round mags.

A shiny new bolt for Christmas?  Toolcraft bolt carriers are known good-to-go…and more than a few companies I’ve spoken with them for their complete builds.  Good deal here for $98.95.

Have you ever looked at your lower receiver and thought:  “this would be a lot cooler if it had a skull on it…”? If so, you’re in luck.  The Jack Gen II is on sale for Black Friday over at Rainer Arms for 249.99, down from the usual $312.  If you’ve been looking to start a skeleton-themed AR-15, now’s most certainly the time…

A useful accessory with Knights Armament on it for $16.99 that’s not an airsoft knockoff on Amazon? Sign me up…

I’ve been seeing these a lot on forums I frequent…If you’re into purple mags, here you go.

That’s all for today, Tuesday, November 20th, but we’ll be keeping this space updated daily, so please be sure to check back often between now and Black Friday.

$74.21 and up Get it at AR15Discounts.com
advertisement