On April 26th, Modlite will launch a pair of weapon mounted lights…one (PLH) a general purpose light, and the other (OKW) for use on DMR rifles with an LPVO.

Enough experts have stressed the importance of a weapon light, so that when we hear about new options like the Modlite PLH and Modlite OKW, we’re eager to learn more. To do so, we reached out to Modlite founder, Cory Starr.

Q: Cory, thanks for taking the time to speak with us about Modlite. You’re on the cusp of a major launch for your company, can you talk about how you got involved with making your own weapon mounted light?

Now, I had been building flashlights myself really for over 20 years.  I used to be into mountain bike racing.  And when I was around 19 years old, I started a company that was building lights for mountain bikes before there were any good light bulbs.  This was when there were only halogen bulbs and NiCad batteries.  I built about 100-150 lights for guys just in the local racing scene.

“I had a very large flashlight collection”

That said, I was young and didn’t have any money, so the company really didn’t go anywhere…but fast-forward 15 years, and I was still playing around with Maglites, modifying them…putting in LEDs, swapping out batteries.  I was just always tinkering with lights…As you can imagine, I had a very large flashlight collection.

Q: Can you talk about how the idea for a weapon mounted light came about, and what was it you wanted it to be able to do?

Cory Starr, Modlite: It started when I began putting some lights together for myself on weapons and when I’d go to classes, people would be like “wow, where did you get that?”

As far as what I wanted a weapon mounted light to do…, I want something that I can positively ID targets out to a least 150 yards. I want to be able to actually identify a person, and if that person might happen to have a weapon.  That was what I deemed a good weapon light…it needed to be able to do that.  To me, I just didn’t see anything out on the market that could do that.

Q: Why was the decision made to use the lithium-ion batteries?

After a couple of go-arounds of building protopypes with equipment I could find and source off-the-shelf, we decided lithium batteries in the 16mm size, which has compatibility in older SureFire and Streamlights, were just NOT going to work.

We could not properly power the latest LEDs, and provide the amount of current that they need to run to get the lumens to actually get to be able to ID a target at the distances I wanted.

So we moved to building our own bodies and light heads at that point.  These were a bigger 18mm diameter, which allow us to use 18650 batteries.

Q: Can we go back and talk about what the very first Modlite prototypes looked like before you decided to go with the 18mm battery?

Cory Starr, Modlite: We first started by using Surefire tailcaps, Arisaka bodies, and then our own head. But again, we looked at it and determined batteries in that 16mm size could not handle the current we needed.

Q: So, the 18mm gives you more current, but then it also gives the end user modularity, is that correct?

What we decided to do is say “Ok, the DF is using the 18mm size battery…the 18650s. We think it is the future…that’s a good idea.” And also, we wanted to stay modular as much as we could. Meaning we wanted guys to be able to use a clicky tail cap, tape switches, third party stuff…basically put together the light that they wanted, rather than a monolithic design where we were saying “this is the light we envision, and it is only light that we ever envision anyone ever needing.”

We wanted to give guys the ability to change the user interface, the switching, the batteries, the run time and the different beam pattern.  We decided we wanted modular.  Modularity became “Modlite.”  Thats how the name of the company was born.

Q: Is there a basic Modlite build you can recommend or is it all tailored for the end-users needs?

We did stay comparable with the SureFire Scout mount, because both Streamlight and SureFire are using that same type of mount, so there a lot of third-party mounts out there from a lot of different companies.

If you’re a customer who wants to buy a Modlight and is looking for recommendations, we really offer two body sizes:  One is a short body and it is good for SBR and pistol builds.  Then we offer a standard body that gives more run time.  Both bodies, with batteries allow the light to run at full power, you just lose capacity…you lose run time.

Then out of the gate on release, we are going to offer two light heads.  One of them is called the PLH and the other is called the OKW.

The PLH is what I would call a general purpose carbine light that has a good balance of throw and spill.  The OKW head is really designed for a DMR-type rifle where you have some sort of low-powered optic on the rifle…a good quality optic with clear glass, which is really important at night. The OKW light head is good from basically zero out to about 300 yards.

Q:  It will push light out that far? At the risk of appearing naive, that sounds like a tremendous distance…

Cory Starr, Modlite: Yes, you can see a guy with a weapon out to about 300 yards. It’s actually longer than that.  We have some customers that have video on the internet that have showed that.  We also have one national level trainer who has been using the light and he has done extensive testing as well.

Q:  Is 300 yards a distance that people had done before? I’m visualizing three football fields and that a small light can reach out that far is pretty amazing.

LEDs are really a technology.  One of the things about the (weapons) light industry is they tend to come out with a new model and produce that model for 3 to 5 years.  However, in the lighting industry, new LEDs are coming out on the market all of the time…every 6 months to a year.

So, one of the LEDs that we are using on the OKW head has only been around about 6 months.  But it’s from a very well respected German company, and it’s designed for throw.  It’s designed to have a very narrow beam pattern and so what happens is as you get out to distance, it does open up some, but it’s very concentrated.

Q:  When I did my shopping for a weapon light, I ended up just going with a 1,000 Lumen Streamlight…as the 1,000 Lumens seemed like a good, big number.  Clearly there’s much more to it than that…can you explain?

Cory Starr, Modlite: Lumens are basically the output of the light.  Consider Lumens as like the spill, and Candela as the throw.  There’s been a lot of push lately by a few companies to talk about Candela, which I think is very good, especially for a rifle mounted weapon light where you need more throw.  You want to be able to use that rifle to its potential.

Q:  Finally, can we touch on Modlite durability?

All of our lights are fully potted.  What that means is there is material that has been put in there with the electronics to make it where the lights are not going to come apart.  There’s nothing to come apart.  We’ve tested the lights very significantly with a large group of people…from being used overseas to different SWAT teams.  We’ve done torture testing with SCAR Heavies…the SCAR-H has a very pronounced and heavy recoil, and we’ve done significant torture testing under full-auto with that.

But really, the most torturous part of having a light on the rifle is the heat from the gun.  You’re right next to the gun so you have to make sure the lights can handle it.  So, in all our lights we have thermo regulation.  And what that means is as the light gets used, if needed, it will throttle the amount of current to reduce the output. That is to save the light from being damaged.  Now, that’s not a Modlite exclusive thing…the Streamlights and the SureFires are going to have that as well.

Q:  To the end user, what would that look like?

The light output would ramp down.  It would not be like a stair step, it would be more of a slope.  So if you had a suspect at gunpoint, you might notice over a period of time that the light may not have been as bright as it was when you first turned it on…but we’re talking 3-4 minutes before that’s going to happen.  And that’s just a situation where these LEDs are putting out so much power, and they are generating so much heat, that it causes the light to need to reduce output.

Q:  Any other projects you have in the pipeline?

We have the two lights heads that we came up with initially.  There is also a dedicated IR-only head that people are excited about.  We have a quad light head with 4 LEDs that produces about 4,000 lumens.  It’s not ready to launch yet, but we do have people that are using it.  We also have some other stuff coming out that’s weapons-based, that we can’t talk about just yet, but in late summer early fall, that will be coming.  To keep up with what we’re up to, you can visit us at www.modlite.com. 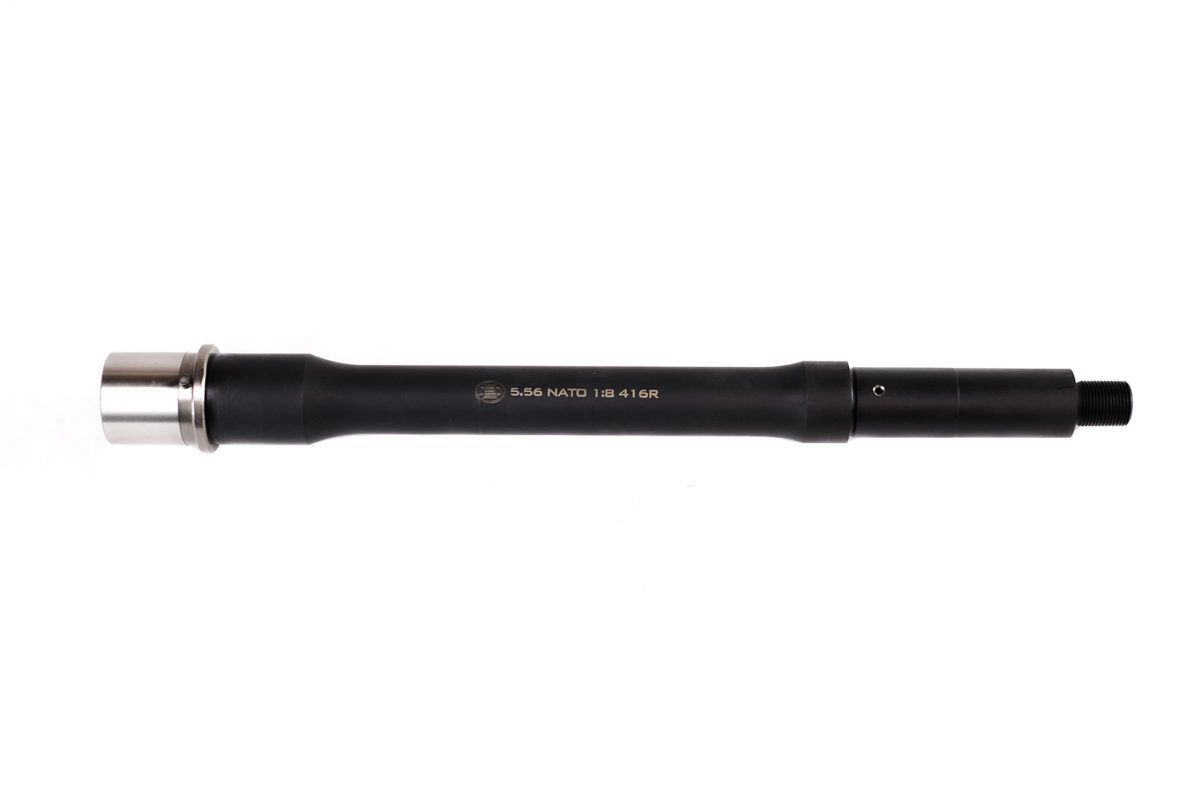 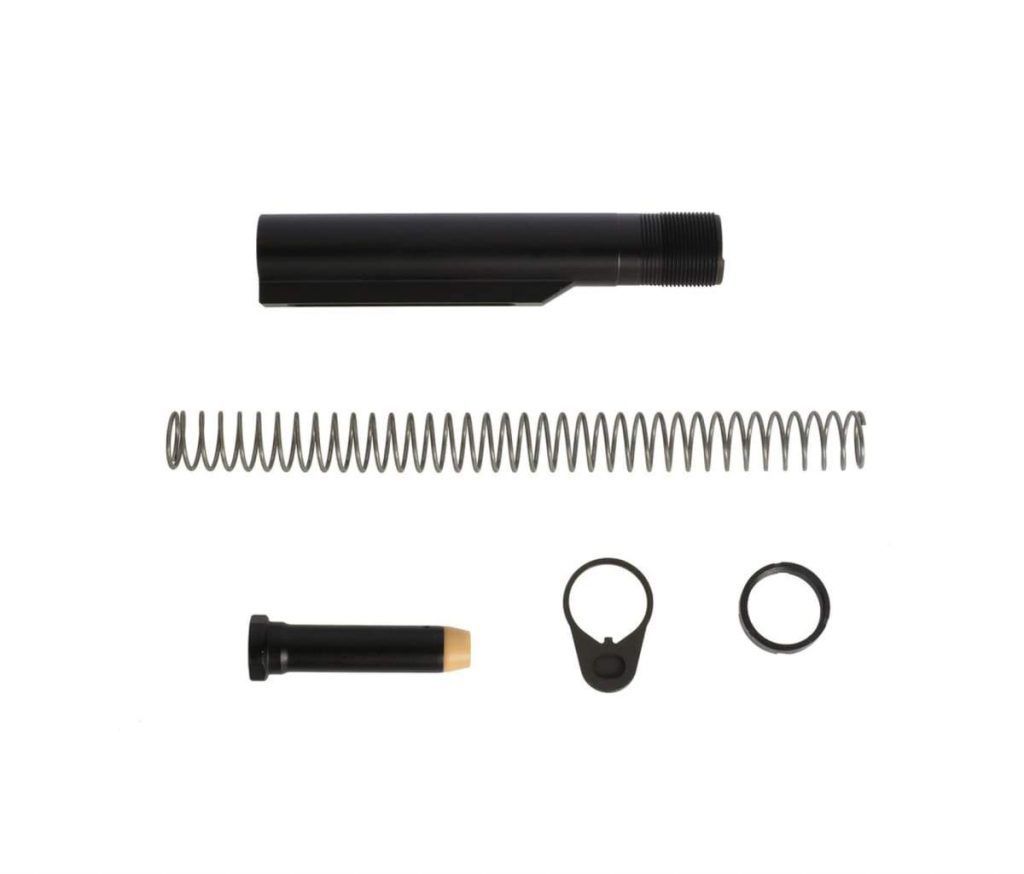 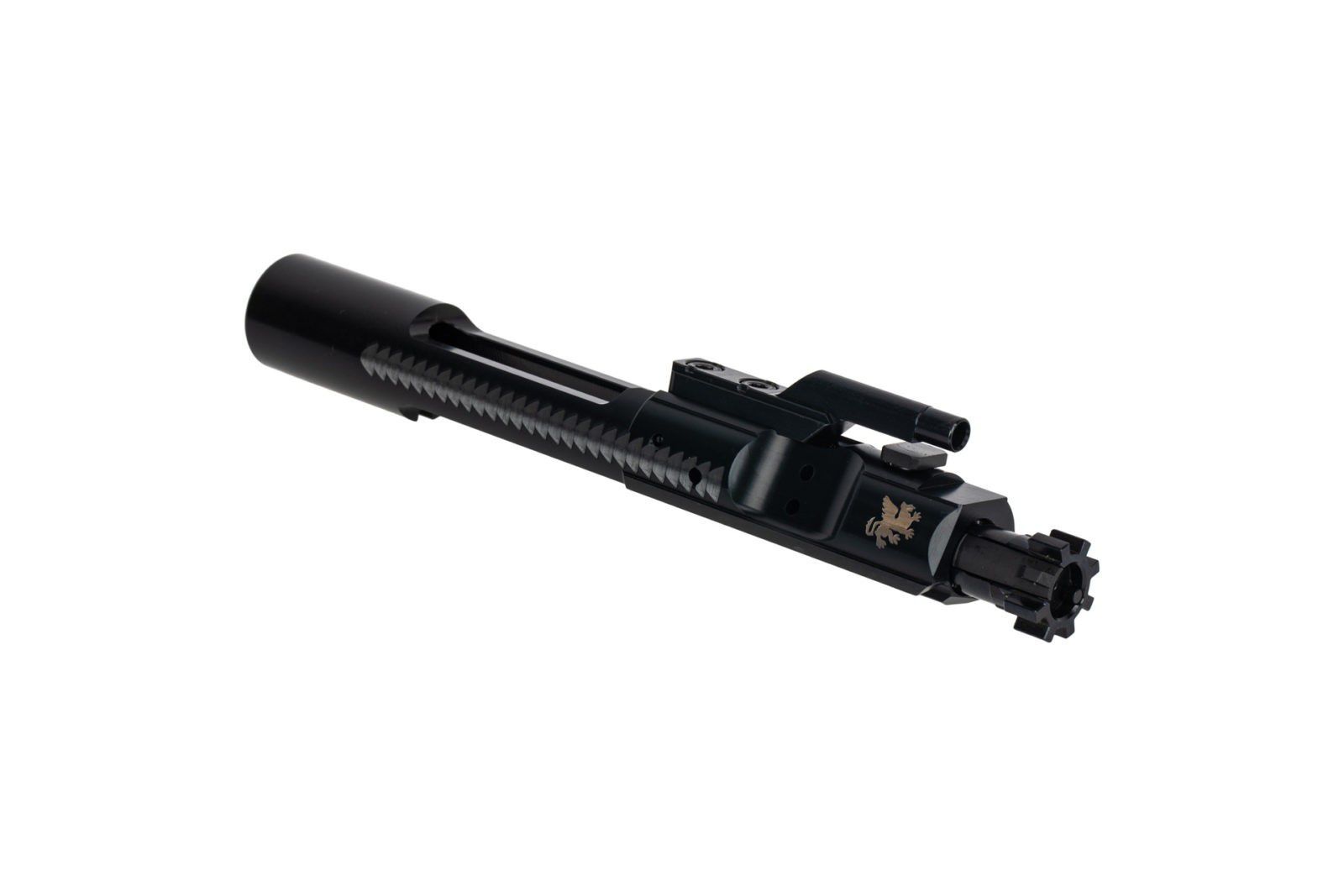 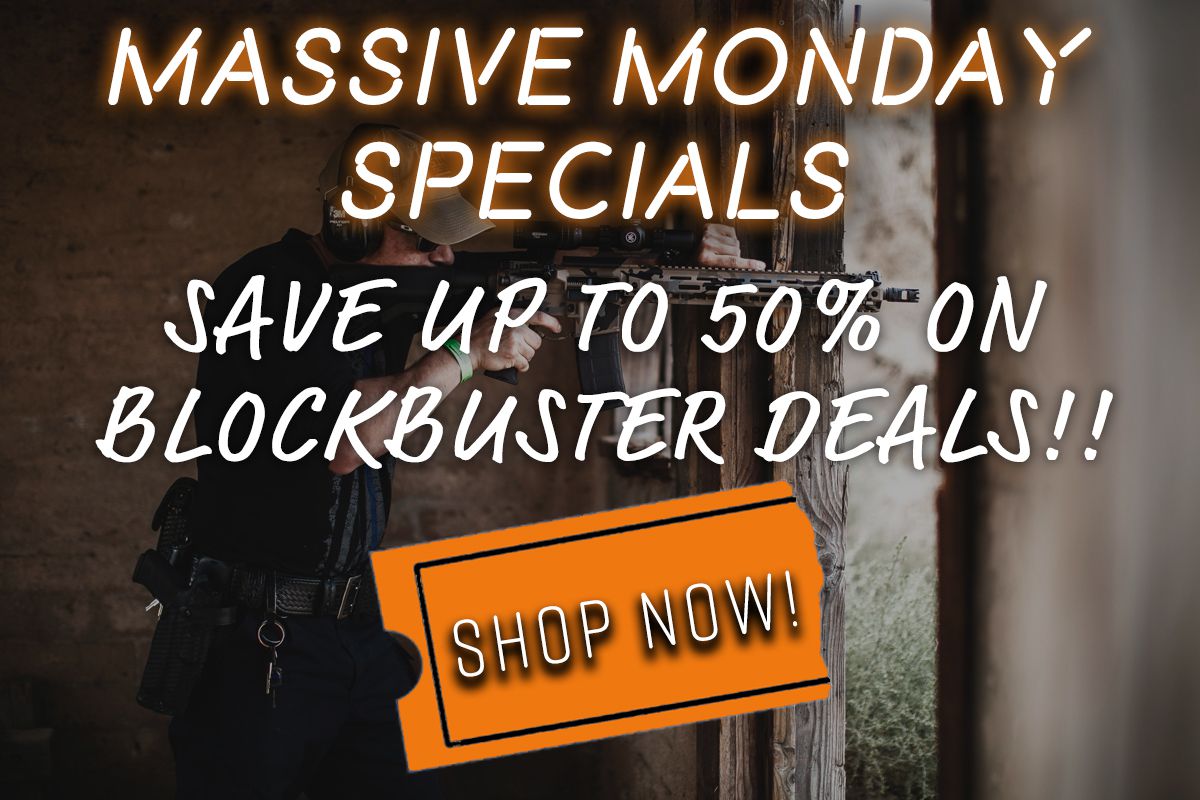 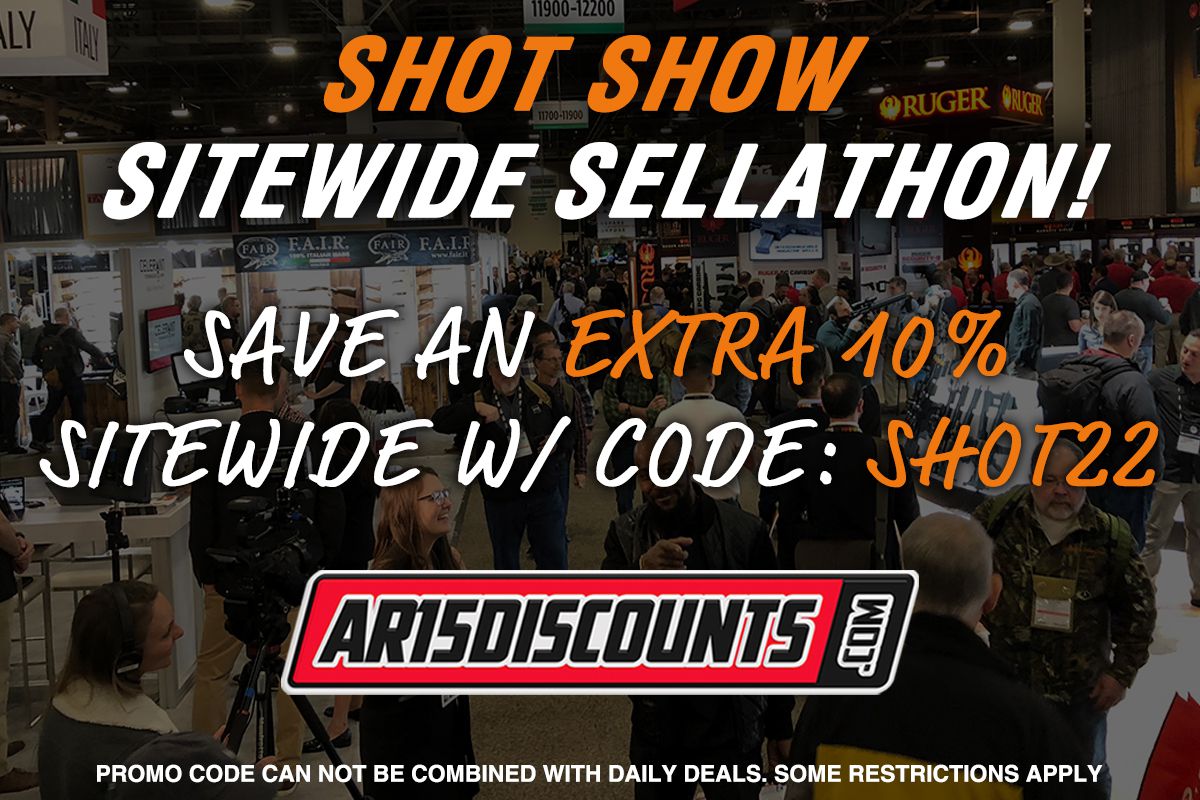 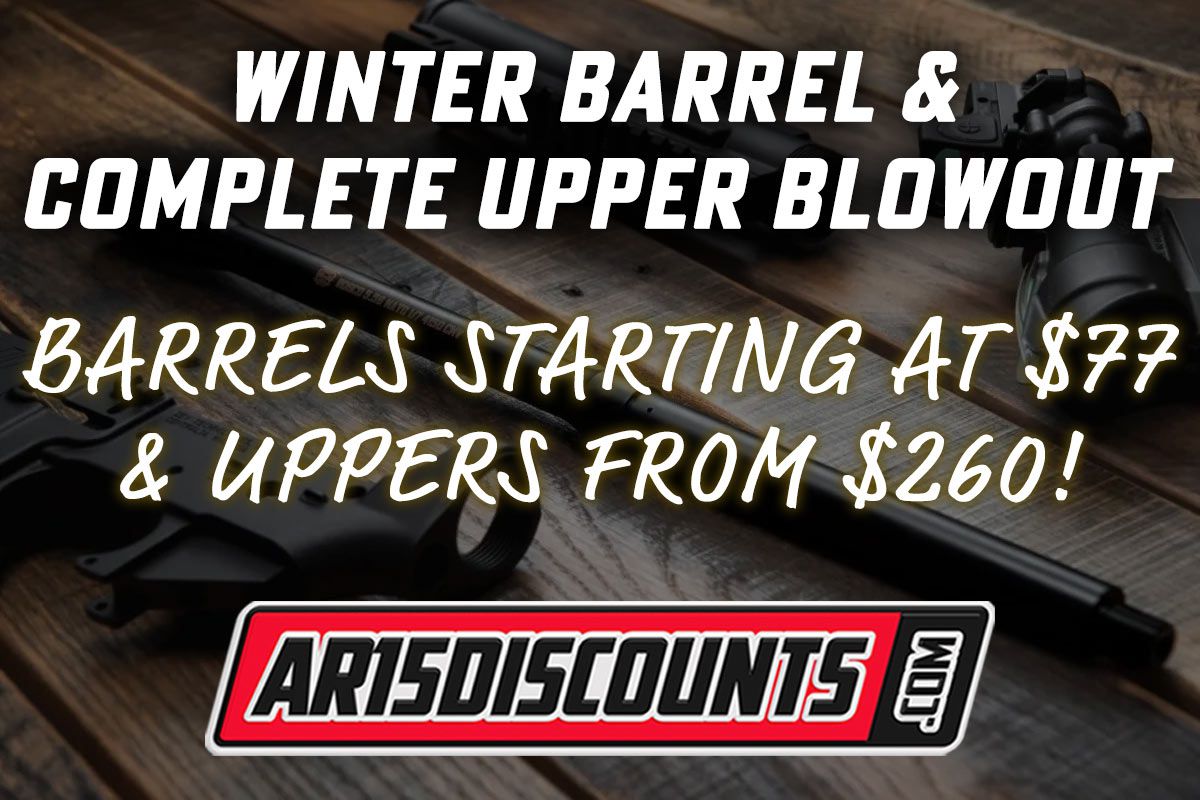 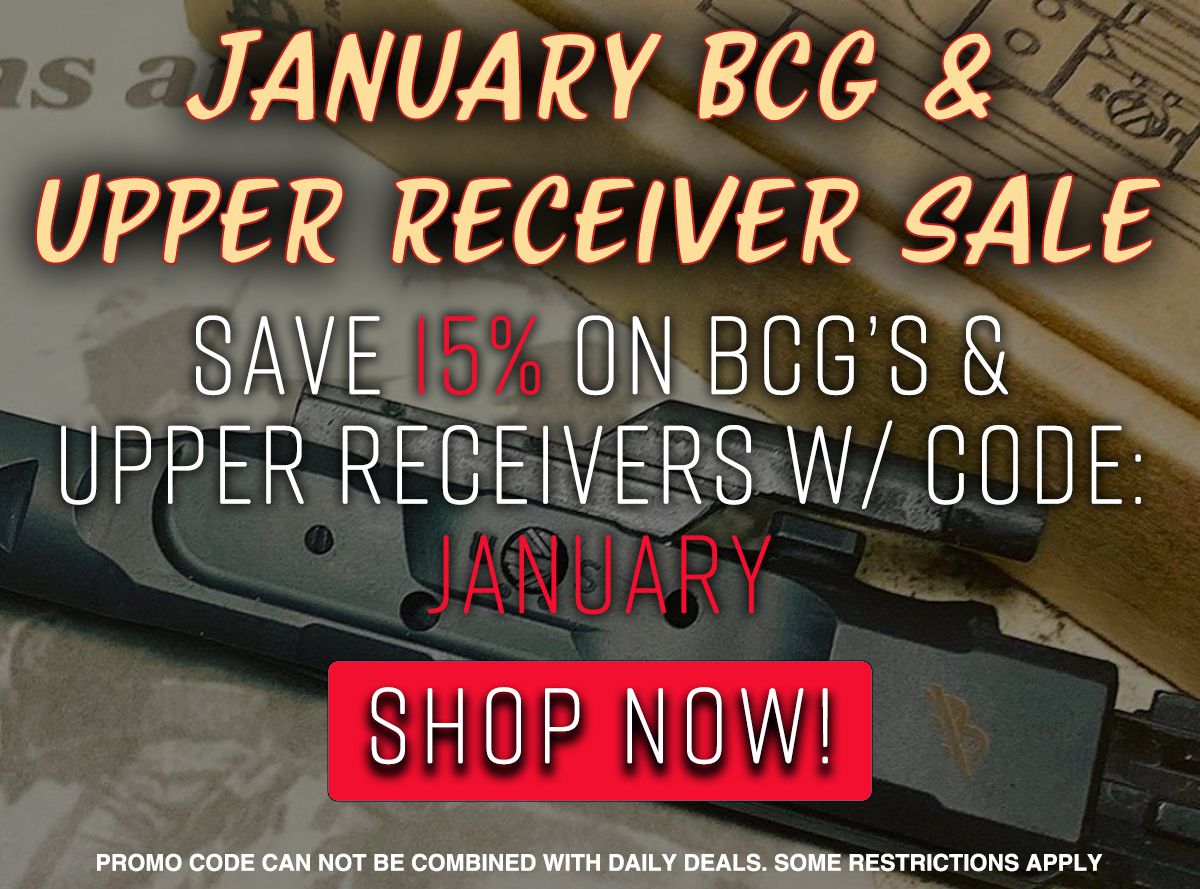 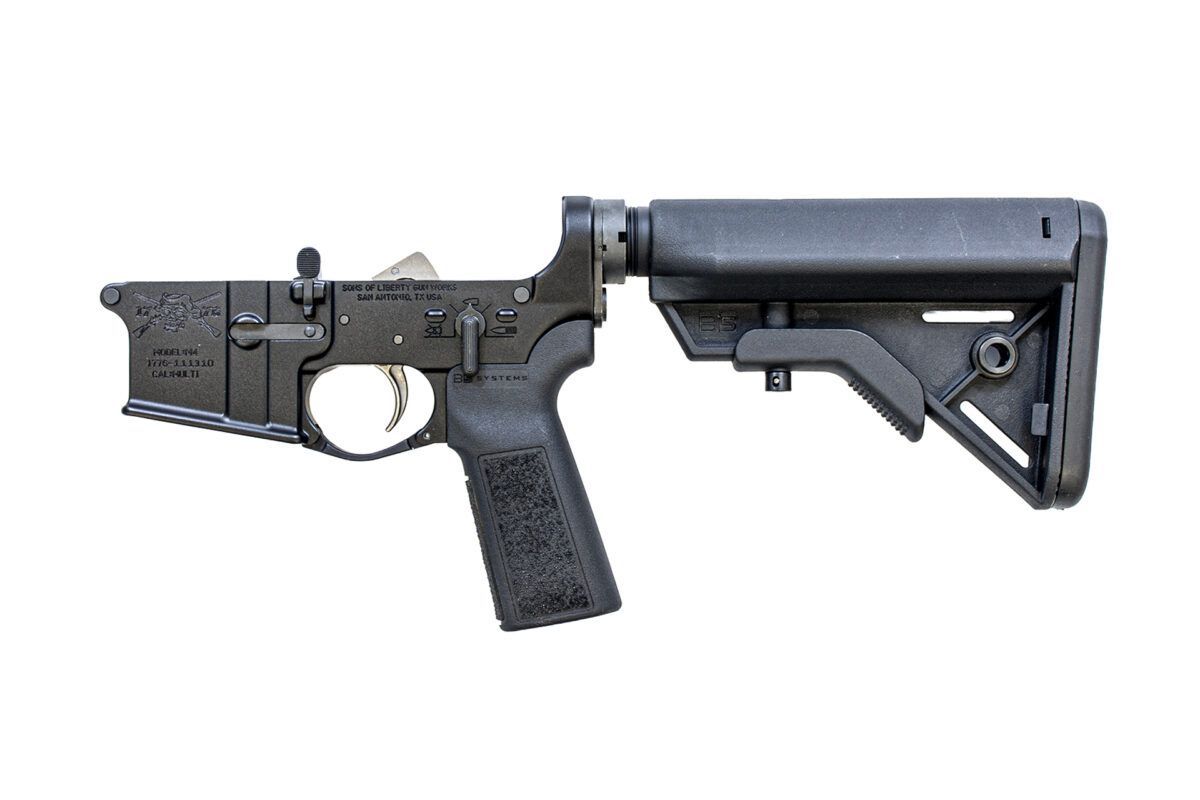