We visited the Seekins Precision booth at SHOT Show 2019 to get an overview of new products. We are introduced to some interesting rail accessories, gas blocks, and the SP10 M rifle.

From the About Us section of the Seekins Precision website:

When Glen Seekins founded Seekins Precision, it was no surprise to those who knew him well. He comes from a long line of hard-working entrepreneurs, so becoming one himself was only natural. Following The American Dream seemed to be engrained in his DNA.

A 2004 deer hunt that was unsuccessful due to broken scope rings spurred Glen to develop a concept for rings that could withstand the elements of the Idaho mountains while weighing less than tactical steel rings. Drawing upon his mechanical design background, Glen returned from the hunt, fired up his CAD program, and spent the next few evenings designing Seekins Precision’s flagship product: SP Scope Rings. He took his design to the machine shop that employed him at the time, and together they manufactured the first set of rings. The design of the SP Scope Rings has not changed since it was first mounted on Glen’s hunting rifle.

When the rings became extremely popular in the local shooting community, Glen’s entrepreneurial spirit immediately went into overdrive. He continued to work as a mechanical designer by day, and by night, he trained himself on a rented Computer Numerical Control (CNC) machine and built scope rings. A few months later, Glen and his wife, Katie, took a leap of faith and purchased the machine, which they housed in their garage. During those early days, Glen would manufacture, assemble, and ship the rings while Katie managed the orders and accounting side of the business. By November of 2005, business had increased enough for Glen to leave his design job, and Seekins Precision became a full-time operation.

The demand for Seekins Precision’s products was astonishing, and it wasn’t long before Glen and Katie relocated from their garage to a 1,500 square foot local business incubator. Around the same time, Glen designed and manufactured Seekins Precision’s first billet lower and unveiled it at SHOT Show. Upon returning, he began designing a full line of AR products.

After the addition of employees and machinery in 2010, Seekins Precision had outgrown their initial incubator space and moved into the largest one available, which was 7,500 square feet. They have continued to grow and were once again out of space. In August 2013, Seekins Precision purchased land for a building they moved into upon completion in March 2014. With over 25,000 square feet, it provides ample room for growth, an important feature since Seekins Precision has expanded to include more than ten major product lines (including complete rifles) since its inception.

Thanks for your feedback!

1 reply to this topic on AR15BuildersForum.com

Discount Code: GHOST
Get it at AR15Discounts.com 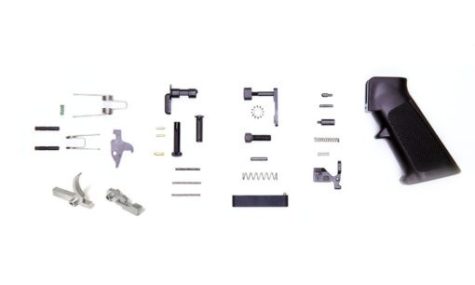