Recently, I was fortunate enough to attend a Sons of Liberty Armorer’s Course hosted by Trajectory Arms in Utah. This course reminded me exactly why I started working on guns in the first place, and it is something that I could not recommend enough to anyone involved with the AR platform. Take a room of like-minded folks, regardless of experience or skill level, and get them focused on the proper workings of an AR platform gun and you have something special.

Add into that mix a dash of humor, a good bit of the “why” behind the technical side of things, and you have a class that honestly feels like it is flying by without feeling rushed.

When asked about the idea behind putting on these courses, Mihalski says “I never had any intention of running a course like this, but Will Larson was a very close friend, and I really think what he was doing was so important.  I really want to keep that messaging going.  In no way can I possibly fill those shoes, nor am I trying to, but I would like to see a lot of what Will had to say continue.  I need to give him as much credit as I can, because, without him, I wouldn’t be doing this.”

Sons of Liberty Armorer’s Course – What It Isn’t

Let’s get this out of the way now, the Sons of Liberty course is not a two-day advertisement of their brand. Yes, Mike will discuss why they do things a certain way, why he feels like his guns are some of the most solid fighting rifles on the market, and what separates them, but that isn’t all.  Mike at no point had trouble stating if someone, be it a competitor in the market or not, had a solid product that was worth looking at.

This course is also not going to turn you into a professional armorer or give you the ability to make rifles properly out of the gate.  If you expect to take one class and be ready to carve out a section of the AR market for yourself, you are going to have a long road ahead of you.  Instead, the class will give you a solid foundation to build upon.  It will give you some technical information on every part of the gun, how they function, and why they should be made a certain way, along with some proper practices for assembly.  These practices will require practice and repetition to get good at and perfect, so make sure you take notes and/or video, and then be prepared to put in the time to achieve success.

The course is divided into two days and covers every component of the AR platform.  The way the course is designed, students are encouraged to bring an AR to the class (or with prior approval, bring parts to build one over the two days).  This allows for sampling of parts to compare across the spectrum of manufacturers and quality and is a talking point throughout the two days. At no point are brands shamed, or students made to feel bad for parts they own, instead the focus is on education.

The standard to which everything is compared is the TDP or Technical Data Package. For those unfamiliar, this is the set of guidelines set forth by the U.S. Government concerning the standards of acceptable practices and tolerances for every single part of an AR platform gun as it is to be done for military use.

While some manufacturers may stray from this in some fashion or another, the Sons course sticks to the TDP guidelines as closely as possible (there are instances where there is no TDP guideline for something as it is not present in the military version of the gun), with a focus on quality.  Want to know the proper gas port size for a specific barrel length and gas length? It’s covered.  Torque value for a castle nut or delta ring? You guessed it, it’s talked about.  This particular series of topics could honestly be the entire weekend and still barely scratch the surface of the information that is out there.

If something is present on a students’ gun that doesn’t meet the quality standard or is not properly done, that is a point in the class where Mike and his assistant will give out parts at no additional charge to the student, to fix the issue and update things.

One example of this is the use of substandard YFS fasteners on the gas key. YFS fasteners work perfectly fine in many applications, but this is not one of them.  Any student with YFS fasteners on their gas key is offered new, properly made, and treated gas key fasteners, which are then installed and the gas key re-staked during the class.  This same treatment goes through all the small parts of the rifle (don’t expect them to give away a bolt carrier group or a new barrel), but every part of the gun is examined in detail, whether replacement parts are offered or not.

Who Should Look Into Taking This Course?

The beauty of this course is that it is designed in such a way that beginners through professional armorers will get something out of it.  In the class I attended, the skillset ranged from a couple of people that had never worked on an AR before to a few of us that wrenched on guns professionally.

“Every student who takes this class comes in thinking that they know a lot about the platform, and some do. The experience level varies from those who have never taken apart a gun to guys who have worked in the industry for 20 years,” explains Mihalski.  “We also get guys who have worked in the military in small arms repair for years.  Even though we get students with a wide variety of experience levels, everyone comes away with something.”

Despite building and working on hundreds, if not thousands, of ARs in my last few years of gunsmithing, I still picked up a good bit of information and new techniques to help me.

If your brain is like mine, retaining numbers and figures is a challenge.  Having slides present on gas port sizes, buffer weights, spring lengths, and more allowed me to write down values for the thousandth time.  Having in-depth discussions on one type of metal used for a bolt carrier group versus another allowed me to be a more informed builder when selecting components.  Then there are the techniques for things like properly torquing a delta ring, proper timing of a muzzle device, and Mike’s “magnet trick” for installing pivot pin detents.  I don’t want to go too in-depth here as you need to take the course to learn them for yourself.

This course will allow you to get out of it whatever you let it.  What I mean by that is that if you show up ready to listen, keeping your mind open, you can walk out better informed and better prepared to work on a gun than before. If instead, you show up thinking you already know everything and are just there to grab a cert, it is going to be a long two days for you, and you will have missed things that could have made you a better armorer.   If you’re going to spend the money, do yourself the favor of paying attention and keeping your mind open, it’s as simple as that.  Mike was asked about this and he simply said, “Often people arrive thinking that they know it all, but before lunch on the first day, people realize that there is a lot to learn.  That isn’t to put anyone down, but rather, you don’t know what you don’t know.”

The Sons of Liberty Armorer’s course is something that I encourage anyone interested in working on ARs to look into.  Mike is an extremely knowledgeable and humble guy that has put together something special.  The sign of a great teacher is someone that not only instructs but is willing to listen to and learn from his students.  No two of these courses are going to be identical as Mike allows for natural discussions to arise and carry out during the instruction with very little in the way of “steering” things.

For those that have never attended a class or any formal training, Mike offered this advice on what to look for above all else.

“Every rifle begins its life as a barrel, and we build the rest of the gun to support that barrel.  So you need to make sure you really understand gassing, materials, and purpose in order to select the right barrel. From there, you need to focus on having a quality bolt carrier group and buffer system, explains Mihalski. “Along with the barrel, these components create the ‘engine’ of the gun, and you need to make sure that those parts up to par.  Certainly, small parts still matter, but please focus on the engine above all else.  If those parts are sound, the gun is probably going to run.”

The amount of information available to students in this course is honestly staggering and Mike should take comfort knowing that he is doing Will Larson proud.

It’s was a very hands-on course from the start, getting right in to the nuts and bolts of how and why these things work like they do, and Mike is a very animated character IRL. Would recommend it to anybody getting in to the AR world, from LE operators to hobby builders looking to step up and learn more hands-on.

It was awkward walking in to a library with all that hardware though, but it was cool to hang out with Roswell Swat and meet the Mayor, and be there when Mitsubishi Mike got the key to the city. 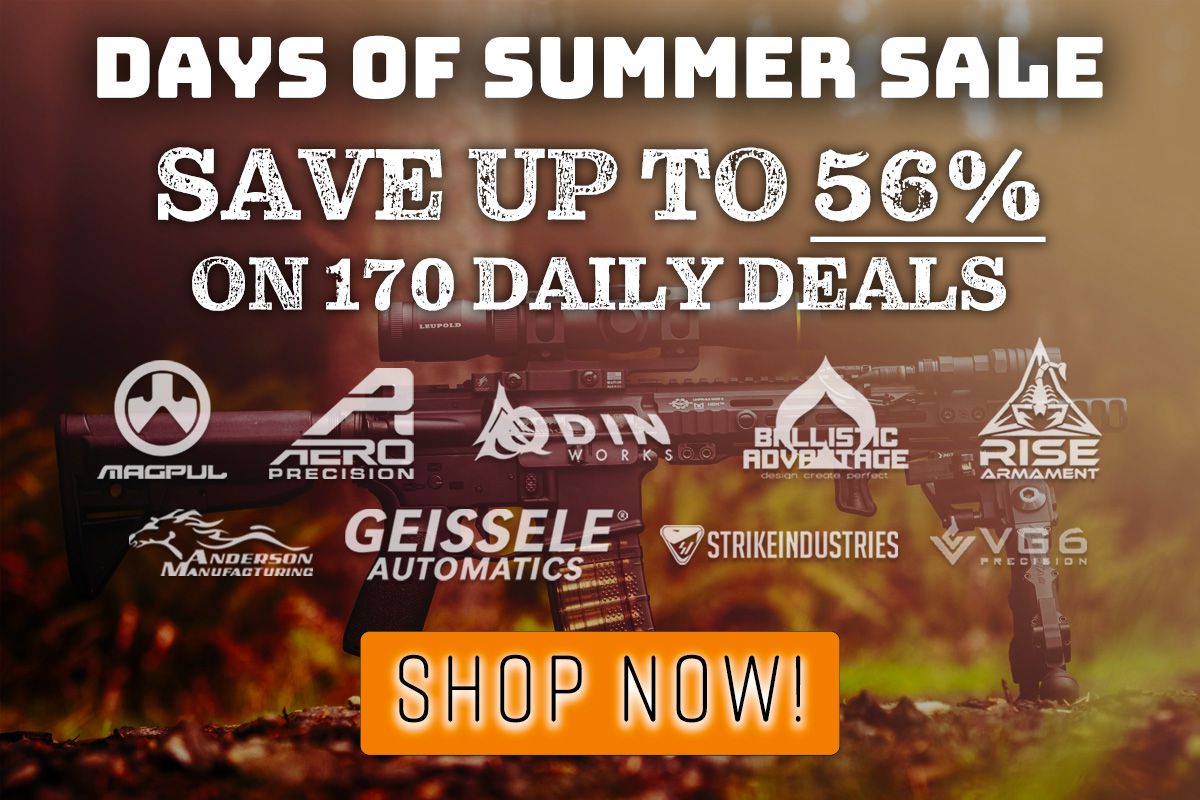 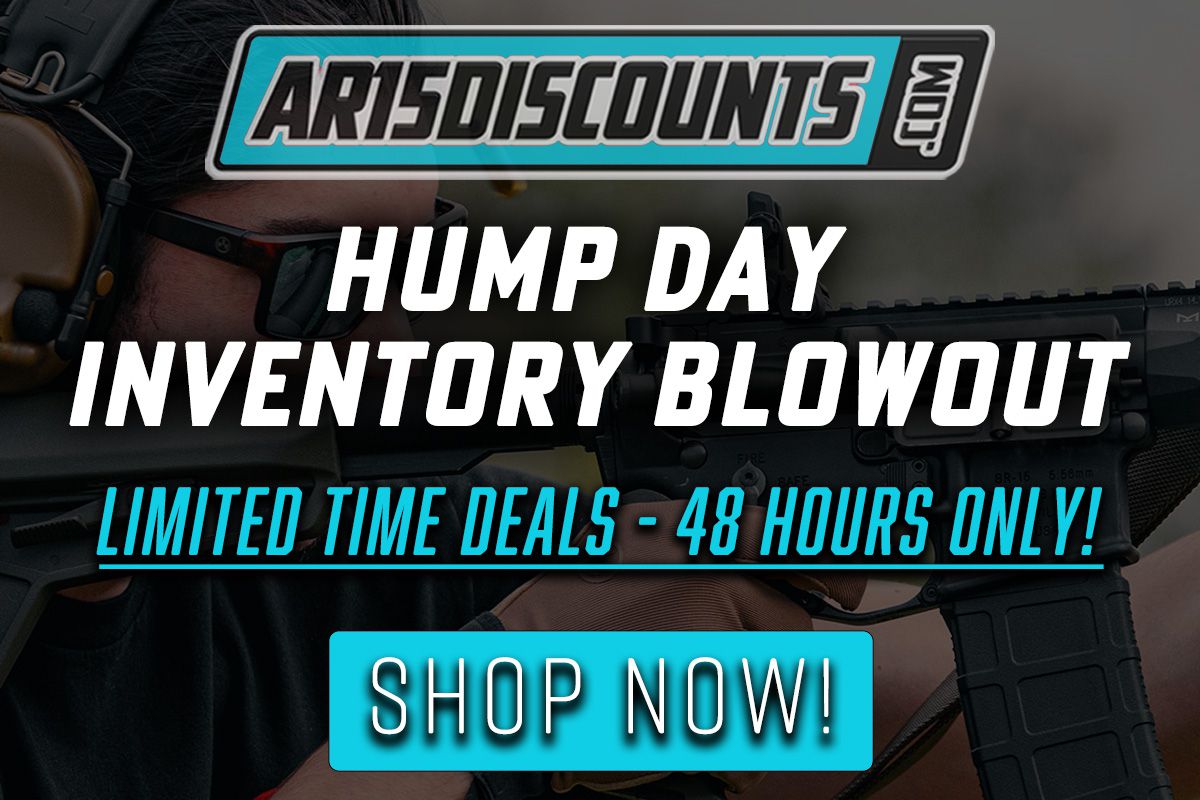 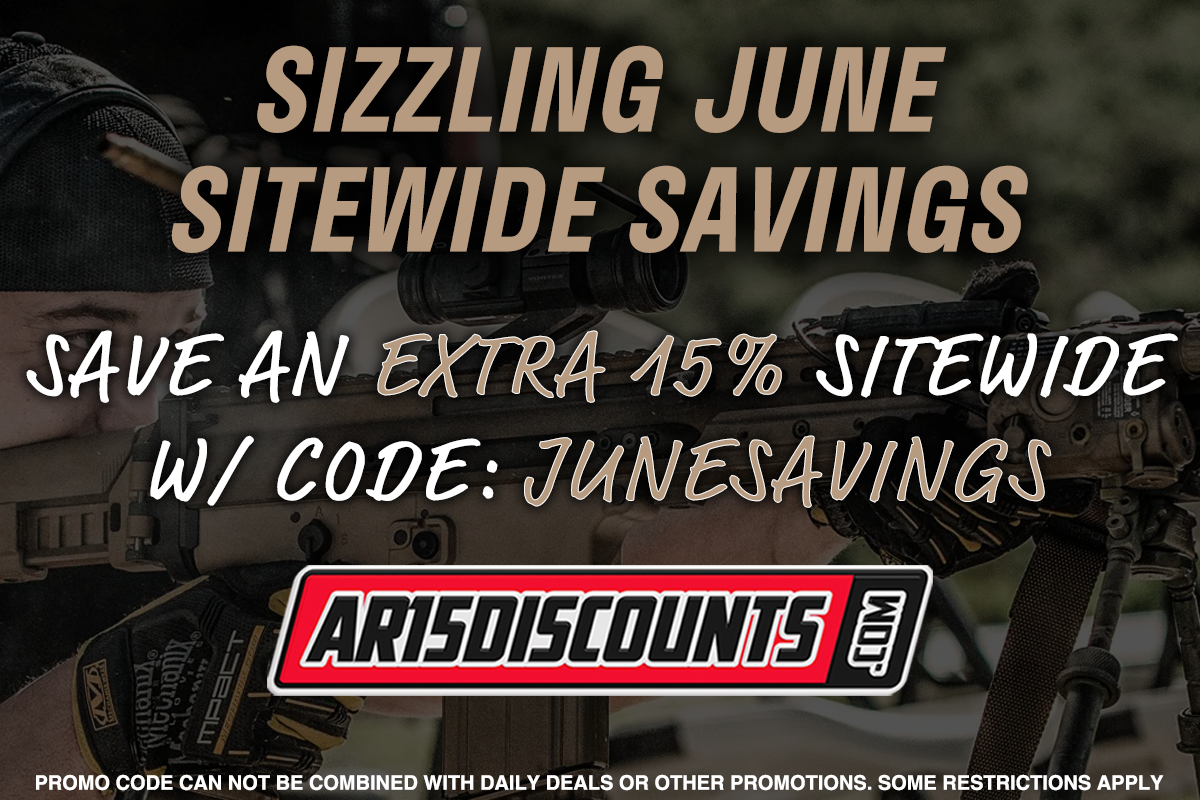 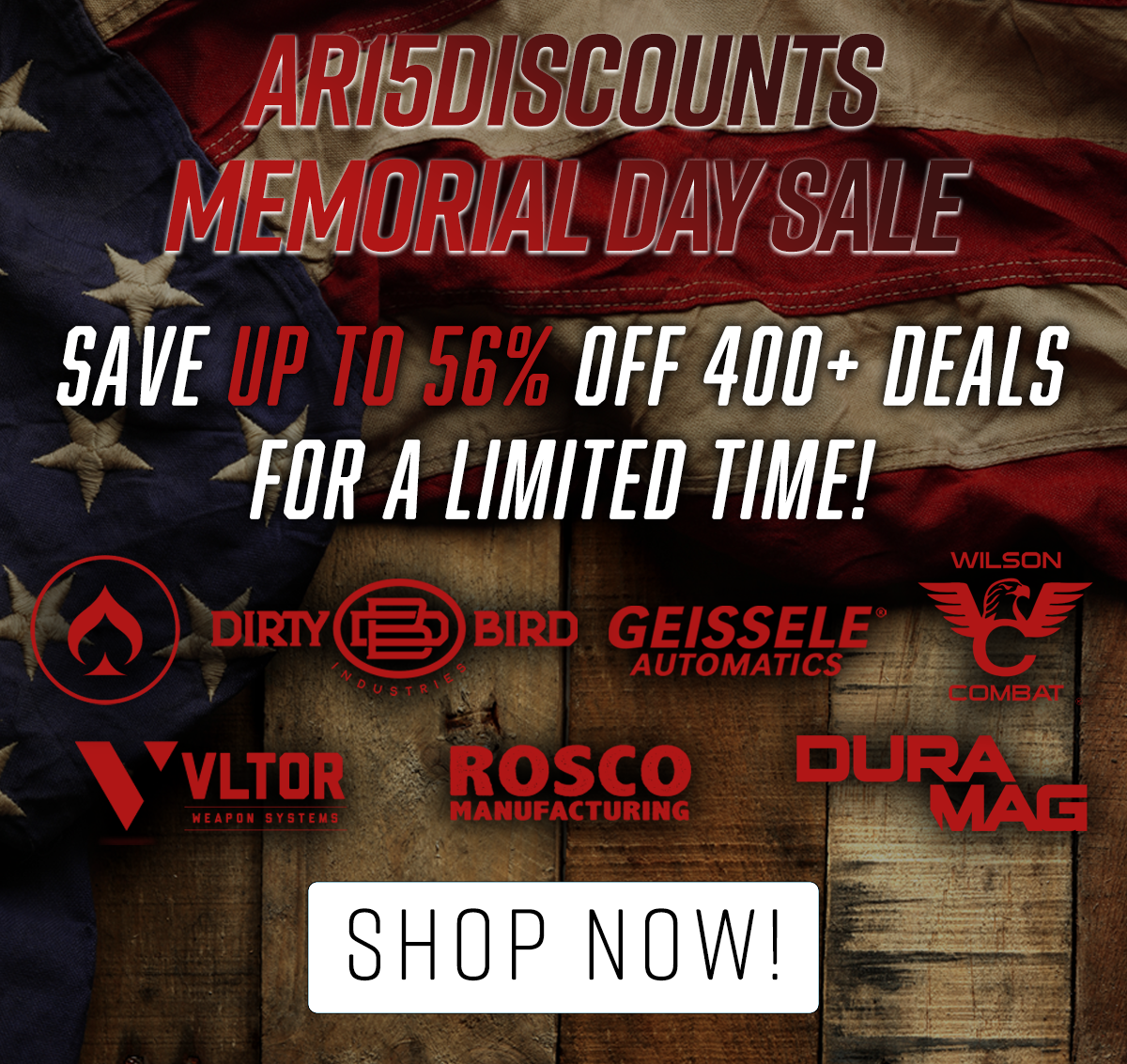 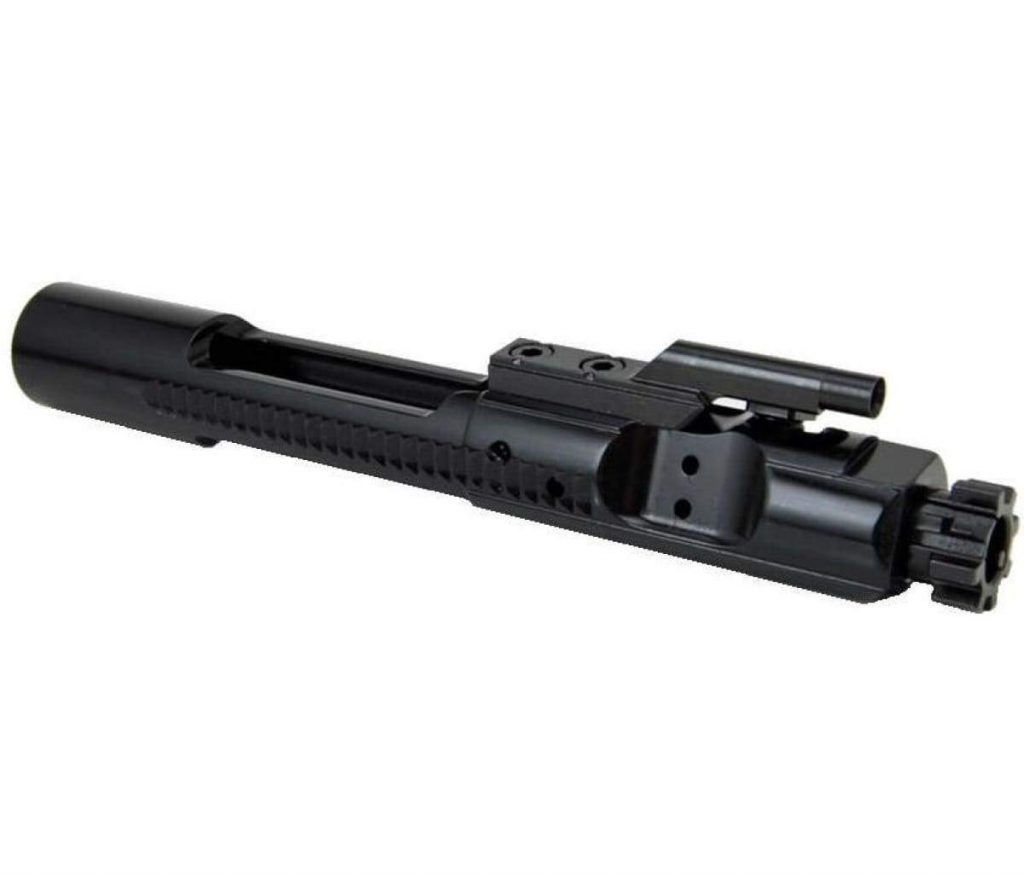 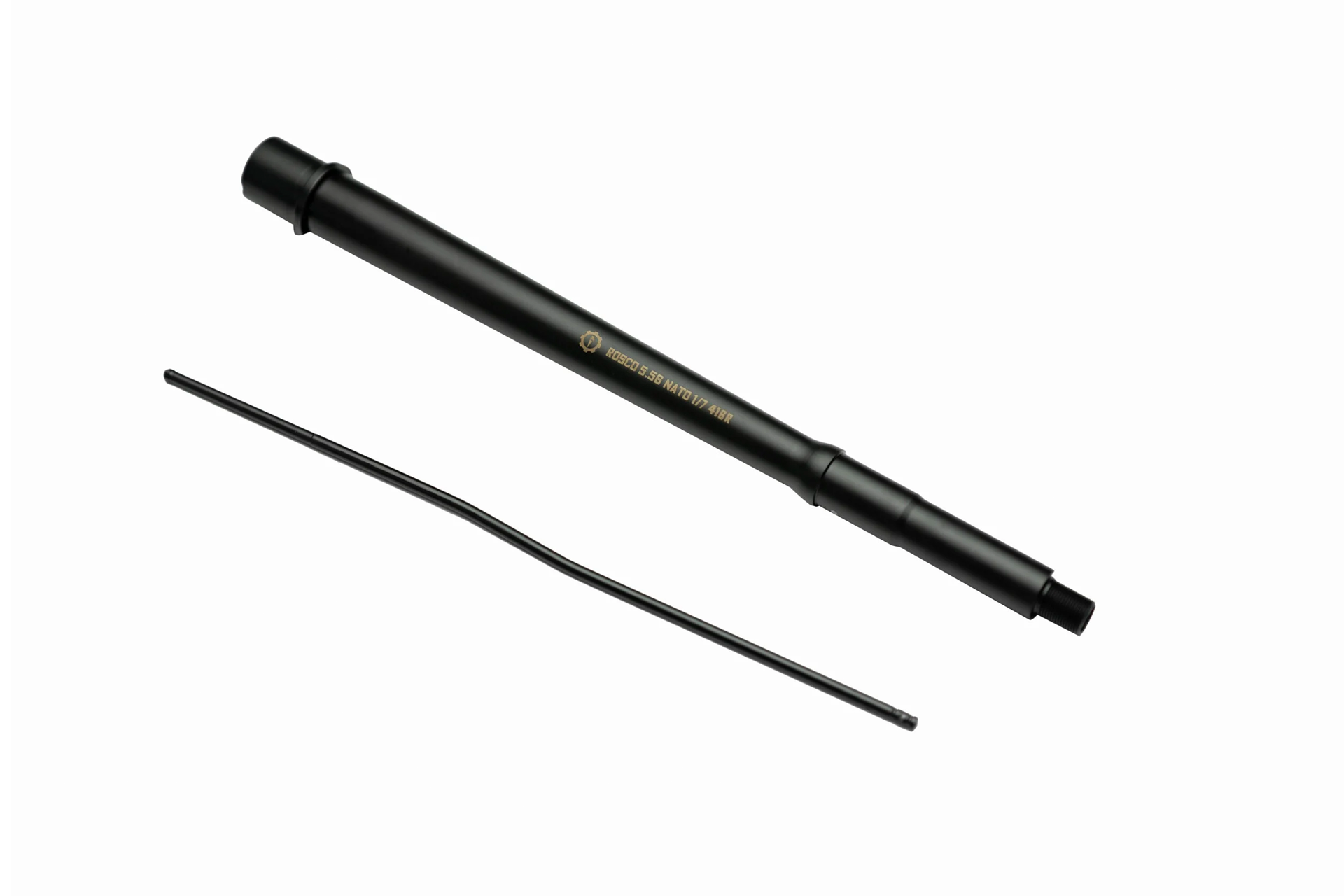