In the modern market of the AR platform, there are more options for muzzle devices than anyone needs. Not every muzzle device is created equally, so just like any other part you put on your gun, make sure you research things before you slap them on and find out the hard way your airsoft blast shield won’t hold up.

Remember, you shouldn’t be taking my word for it, but instead using this as a jumping-off point to inform yourself and make a decision that is best for you based on your needs.

Best AR-15 Muzzle Devices – Who Does What?

There are three main types of muzzle devices that any given item will fall into, though some are considered crossovers or hybrids. Each type will have areas where it is strongest and areas where they aren’t as strong, so you have to figure out what is most important to you.

It is also worth noting that many of the modern muzzle devices can act as suppressor hosts. If you are hosting a suppressor on your muzzle device, the can will alter the flash signature, the gas direction, and many of the other features of any particular device, so they are a great way of overcoming weaknesses. There are times when suppressors aren’t ideal though, so again, decide what is best for your purposes.

Muzzle brakes focus on directing gasses up to reduce muzzle rise. There is probably a lot more to it, especially on some of the more engineered brakes, but the quick and dirty explanation is that they are put on guns to keep muzzles from rising, so follow-up shots are flatter. Muzzle brakes aren’t focused on hiding flash signatures or directing gasses away from the shooter or his teammates.

Flash hiders do exactly what the name says….they focus on reducing flash signatures. This is a little more complex than a first look might make you think, as there are two major reasons to reduce the flash signature: ONE—The shooter wants to prevent his position from being given away, and TWO—the reduction of flash when firing keeps the shooter’s line of sight from being impeded.

Compensators and linear compensators direct gasses directly forward so that they follow the path of the projectile. Some people use these to “nest” shorter barrels inside handguards (author’s note: I don’t recommend it if you can help it), but their true strength is allowing team members to shoot near each other without venting gasses onto each other.

There is also some application for shooting in confined spaces where the shooter needs to worry about venting gasses out and hitting themselves (such as in shooting inside a car or very small rooms).

You’ve decided that the muzzle brake is what you want, which one should you get? The first question you should ask yourself is, “Will I be suppressing my gun?” If the answer is yes, you would want to find a proprietary muzzle brake that can act as a host for the specific suppressor you are going to use. One example of this is the Surefire Muzzle Brake, that you’d pair with your SureFire suppressor. 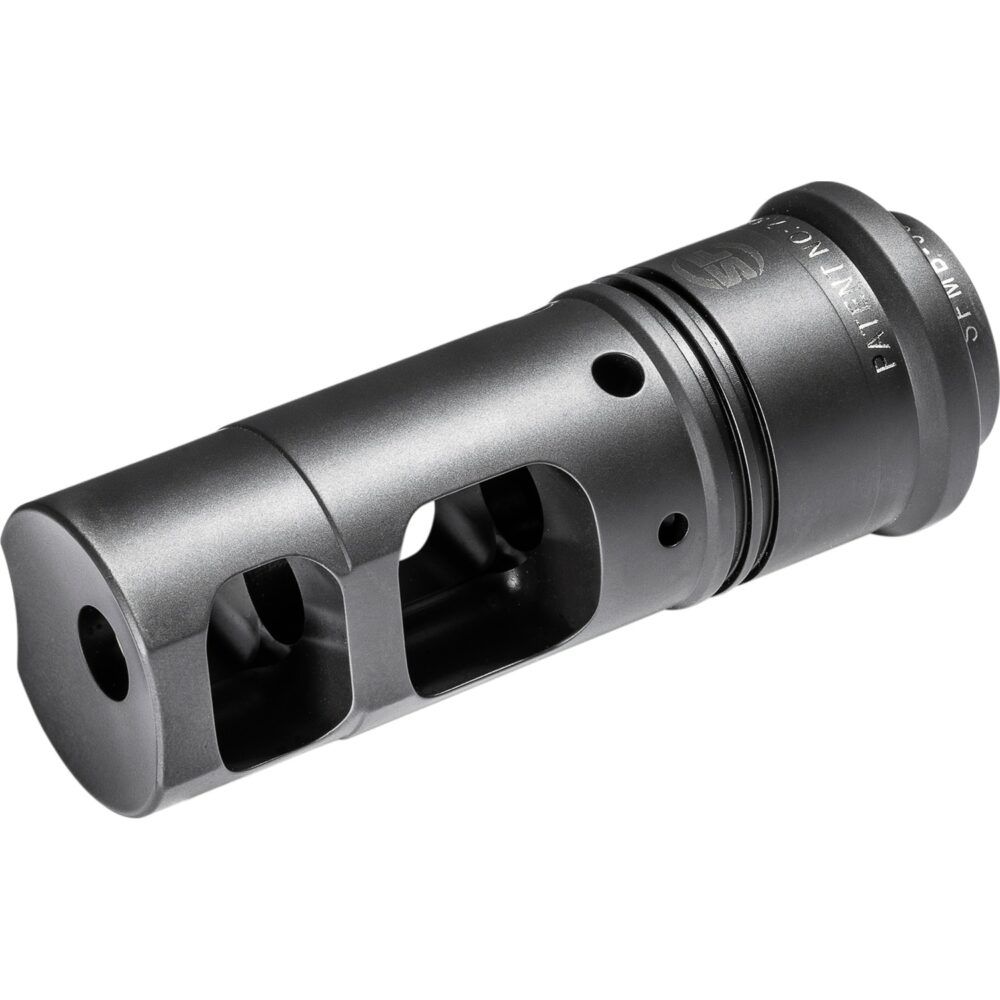 149.00
at AR15Discounts.com
Prices accurate at time of writing

If the answer is no, it comes down more to how much the gas is vented to prevent muzzle rise, are there any additional flash hiding prongs on the device, does it do anything to prevent obscurement of optics, etc. Two of the most popular brakes are worth looking at for some of the reasons mentioned earlier. The VG6 Epsilon and the Lantac Dragon both offer several features that can make themselves appealing to shooters. 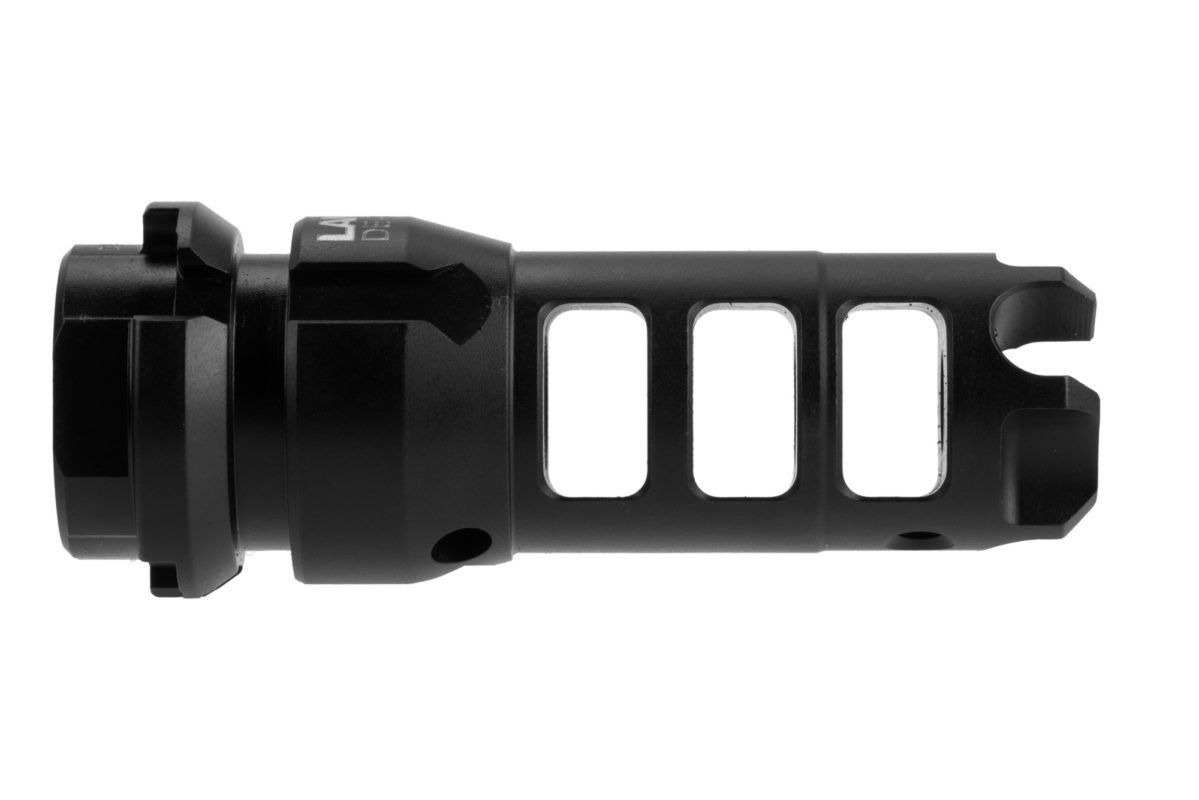 $142.99
at AR15Discounts.com
Prices accurate at time of writing
View Details

You’re worried less about muzzle rise and more about flash reduction? A flash hider sounds like the ticket for you, then. These come in basic devices like the A2 “Birdcage” flash hider, some three-prong flash hiders, and several other variations.

Just like with the muzzle brakes, the first thing you need to know is if you plan to host a suppressor. Once again, Surefire offers some devices that will host their SOCOM line, in the form of the Warcomp, either 3-prong or closed-tine. Dead Air also has a proprietary 3-prong flash hider that fits their Sandman and Nomad cans.

If you don’t plan to suppress your gun, any of the above options can still work very well, but there are a couple of others to consider also. The Rainer Arms FHV2 Flash Hider is an updated version of the A2 birdcage that offers a sleek new look and different materials.

The A2 flash hider is still a very solid option, so don’t jump past it without reason.

There are two “hybrid” muzzle devices worth mentioning. These both offer some gas porting to help with muzzle rise, as well as reduction of flash signature, essentially offering a bit of both the brake and flash hider. Some will tell you that they aren’t able to do either as well as a dedicated brake or hider, but to me, they are worth looking at as they come from companies focused on quality and the “why” behind a product.

The first is the Forward Controls Designs muzzle device, 6315 is their 1/2×28 version, 6310 is their 5/8×24 version, both of which come in standard or KeyMo mount variants. Offering 15-20% better muzzle rise compensation than an A2 flash hider, while still reducing flash signature, the 6315 (and 6310) in all their forms are worth a strong look.

Similarly, the Sons of Liberty Gun Works NOX is a KeyMo mount that blends some features of a flash hider and some of the brake. With a three-prong design creating ports at the 12 and 3 slots, it helps control muzzle rise, but also incorporates the flash reduction of a hider. The NOX is a great option for any gun, suppressed or not, and is a no-brainer if you intend to run a DeadAir Sandman. 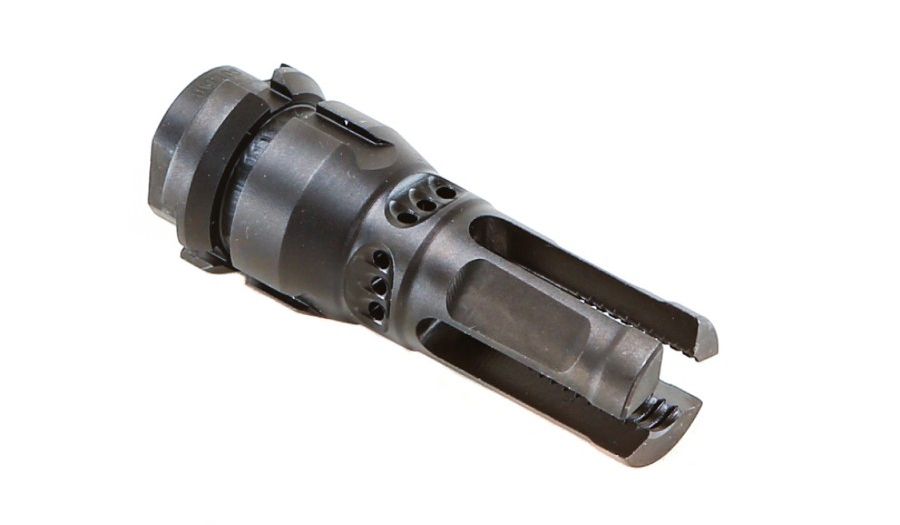 110.00
at AR15Discounts.com
Prices accurate at time of writing

Compensators are excellent at some roles like team environments, though many people use them for a purpose I am not a fan of. Allow me to go up on my soapbox for just a moment: nesting a linear comp or suppressor under a handguard can certainly look great, but it is a less than stellar idea. First and foremost, you will heat the handguard faster than without nesting, to the point it can cause some gnarly burns.

Beyond that, from the armorer side of things, it is a giant pain to work on these guns as the barrel is sunken into the handguard and any issues down the road require additional disassembly. With that rant out of the way, let’s dive into some great options to run on your gun.

The Battlecomp is a muzzle device that even a year ago I was unfamiliar with. After researching them and learning that it was Will Larson’s go-to, I gave them another look and will be using them on future guns. It offers the muzzle control of a brake but without the loud concussion. It doesn’t create an excessive flash but still controls gassing. This is one of the best “do it all” devices you can find.

For true linear compensators and devices that direct gases forward, in my opinion, three options will serve users well. The Noveske KX3 “Flaming Pig”, though labeled as a flash suppressor, does a wonderful job of forcing gasses forward. 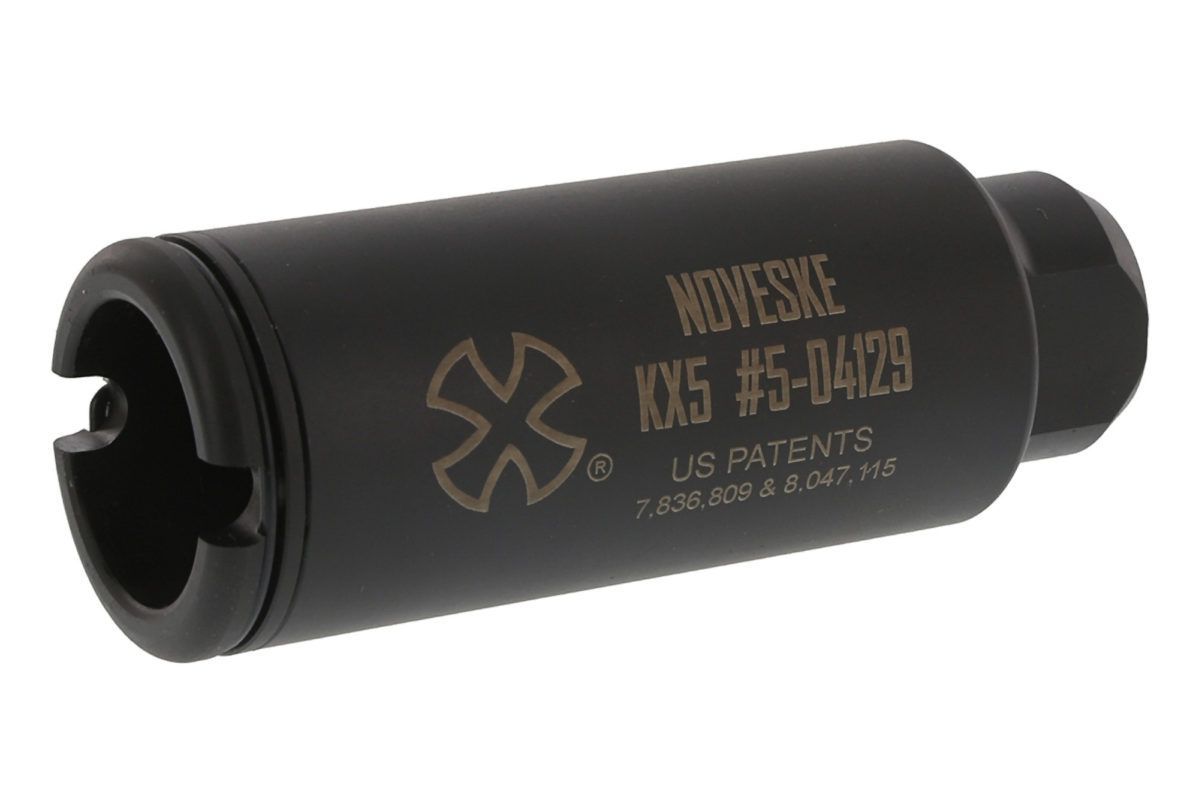 125.00
at AR15Discounts.com
Prices accurate at time of writing
View Details

The Ferfrans CQB Modular Compensator is a two-piece system consisting of a muzzle brake and a concussive reduction collar. The quick detach system allows for rapidly adding or removing the collar, making it a great option for people who want to be able to use a brake or direct gasses in the event they find themselves shooting from prone for extended periods.

Finally, while not a true muzzle device, the Surefire Warden is worth mentioning here. With Surefire’s patented QD attachment system, the warden slips over any SOCOM muzzle device and directs the concussive gasses forward away from the shooter. This also helps to prevent gassing and some noise from going laterally to affect other shooters, which will cause other people at the range some level of comfort. 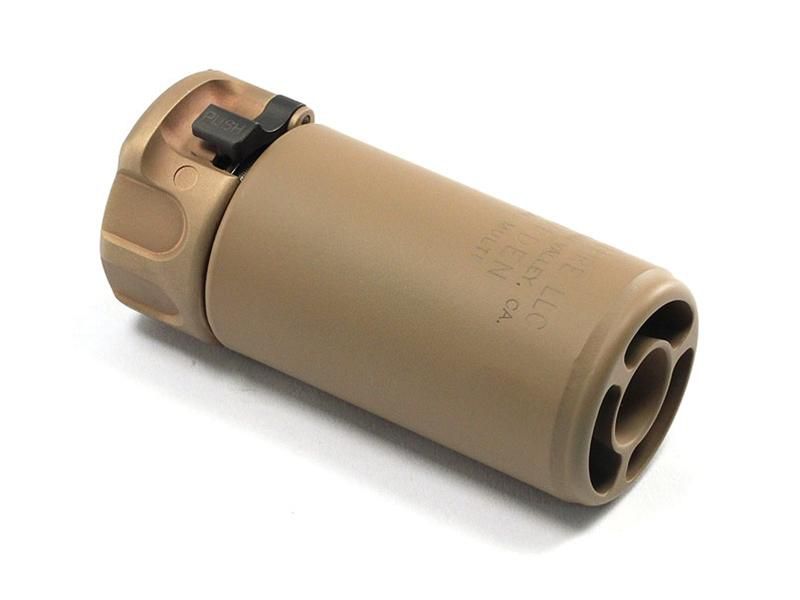 159.00
at AR15Discounts.com
Prices accurate at time of writing
View Details

There you have it, several of the best muzzle device options on the market today. This list is by no means all-encompassing but is meant more to highlight some of the best products available and whet the appetite for more knowledge.

Make sure you take a look at whatever you think you will be running and dig into it for feedback from other users.There are a lot of options out there that fall short as they are gimmicks with great marketing and shills to fluff them up.

Keep yourself informed, take nothing for granted, and pass on good info to others. If you have any questions, drop some comments, and I’ll respond as quickly as I’m able.